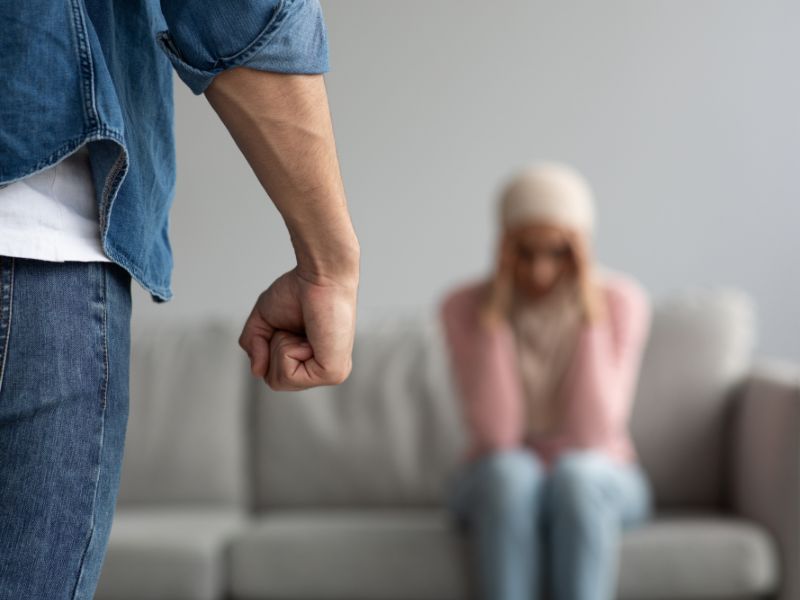 Relationships are complicated. Emotions run high, and sometimes we say or do things we wish we could take back. Many fights between partners end in hurt feelings. Sometimes, these arguments become physical, which could lead to a domestic battery charge.

Are you facing domestic battery charges in Oakland? The lawyers at Lamano Law Office know your criminal case does not define you as a person. Our attorneys are committed to providing compassionate, strategic legal support to clients in Oakland and throughout the Bay area. What you need right now is not judgment. You need smart legal advice and no-nonsense representation. Contact us today to discuss your case with an experienced domestic battery attorney.

What is Domestic Battery?

In California, domestic battery is defined as willful and unlawful touching or violence against an intimate partner, such as a spouse, a live-in partner, a co-parent, a former spouse, or an ex-partner. Domestic battery is a misdemeanor criminal offense punishable by up to one year in jail or $2,000 in fines.

Domestic violence is a term used to describe a variety of domestic disputes. Generally, when the police arrive at a scene, it is their policy to arrest somebody because they don’t want blood on their hands. The worst thing is if the police leave the scene without arresting somebody and then the news shows someone died because the police failed to do their job. That is why when somebody calls the police for a domestic violence report — whether it’s a neighbor, child, or the spouse — somebody is often arrested as a matter of police policy. The police may then suggest that the DA file charges against the person arrested for either California Penal Code 243(e)(1) Domestic Battery, Penal Code 240 Assault and Battery, Penal Code 242 Battery, or Penal Code 273.5 Domestic Violence. All these offenses are wobblers, meaning they could be moved to a misdemeanor or felony charge at any time during your court case. The type of crime you may be charged with often depends on whether there is great bodily injury, prior and/or similar offenses, if children were present, and witness testimony.

How to Prove Domestic Battery

The prosecution must prove several things to secure a conviction for domestic battery. They must show:

It’s important to know that a person does not have to physically harm someone to be convicted of assault or battery. Offensive or harmful touches could mean that an individual made contact with another person in a rude, angry, or aggressive manner. Lightly shoving or pushing another person may not leave a mark, but it can still be considered domestic battery.

The contact doesn’t have to be direct, either. A person can be charged with battery if a part of their body indirectly causes harm to a partner. In the heat of the moment, an individual could knock an object out of their partner’s hand, potentially leading to a domestic battery charge.

Domestic battery is misdemeanor offense under California law. A conviction can result in the penalties including:

The conditions of probation may also include a requirement that the person donates to a battered women’s shelter or pays back the victim for expenses related to the incident. There may be additional probation conditions, so it is important to hire an experienced domestic battery attorney who can explain your legal rights and what to expect.

What are Collateral Consequences?

Unfortunately, a conviction for domestic battery may carry additional consequences beyond jail time or fines — the kind that can impact the rest of a person’s life. These may include:

Being arrested for domestic battery or domestic violence does not mean you will be convicted. Our lawyers will review your case and discuss the best way to defend your case. Not all domestic battery cases are the same, so your attorney will identify the defense strategy most likely to help your personal situation.

At Lamano Law Office, we understand that every story has more than one side. Most situations are not black and white. Our experienced domestic battery lawyers will carefully review your case and examine the available evidence to build the strongest defense for you. We want to know the history between the person you are being accused of hurting, whether calls to the police have been made in the past, if the alleged victim has a history of lying or has a criminal past, who is bigger or taller physically, whether you have video camera footage of where things happen, or whether you have attended counseling individually or as a couple in the past. We also want to know if you want to stay together and work things out or move on from this and part ways. All these details matter to us because we care.

Some common legal defenses in domestic battery cases include:

A domestic battery conviction can change your life. Asking for help from a criminal defense attorney doesn’t make you look guilty. It makes you wise. Protect your rights and your future by speaking to a trusted lawyer.

Get Help from a Domestic Violence Attorney in California

Being charged with a criminal offense can be scary. At Lamano Law Office, we want you to know that you don’t have to face these charges alone. Our attorneys believe you deserve strong and effective legal representation no matter what. Call or contact us today to speak with a domestic battery lawyer in Oakland.